Take a look of the magnificent scenery of Hotokegaura

Sailing across Mutsu Bay, towards the Shimokita Peninsula!

Shimokita Peninsula which is located in the most northern part of Aomori prefecture, is a peninsula shaped like a broadaxe. The natural formation of many magnificent sights that can be found in the peninsula is what made the it to be also known as the Shimokita Peninsula Quasi-National Park. Not only a few of its charms include Mount Osore, one of the Three Holy Mountains in Japan, the mystical rocky Hotokegaura, Cape Oma, the most northern part of Honshu, it also has hot spring inns surrounded by nature in the mountains. You can also savour the freshness of the seafood of the seaons, and many more! Won't you board the Polar Star and set sail to the farthest land?

Car Park
Free parking available at Aomori Port, Wakinosawa Port and Sai Port.
SNS
Instagram
Conditions
・Please make your reservations 3 days before the boarding date. For reservations just before the date, please reserve via phone.
・For those who have various certificates, please show them before boarding. However, for student discounts, you will need a certificate of qualification for a student discount. Please have it issued from your respective schools. (no discounts if only a student identification card is shown).
・Pets are allowed to board only if they are kept in their cages. However, they will be placed in the cargo area. Please understand that they are not allowed in the guest rooms.
Target Period
All year
Operation Time
Summer operations①: 07:00~18:30 (5/1~8/31)
Summer operations②: 07:00~17:40 (9/1~9/30)
Winter operations: 08:30~16:15 (10/1~4/30)
With/Without Advance Reservation
Required
With/Without Excursion Pass
Unavailable
Purchase Location
Ticketing counter
How to Purchase
Ticketing counter
Sales Period
All year 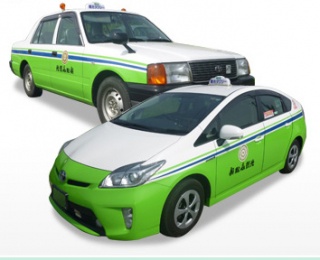