A chalk-white lighthouse and Kandachime horses in the farthest land 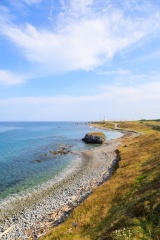 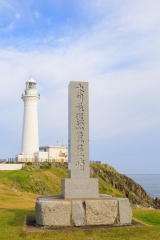 Cape Shiriyazaki is located at the northeast end of Honshu, and it feels like you are standing at the end of the earth. Due to the strong wind here, people apparently called this place a graveyard of the sea in the past because many ships were grounded or shipwrecked. At the tip of the cape is a chalk-white lighthouse, which is over 120 years old, and boasts of being the brightest in Japan. Visitors can enter the lighthouse by paying the admission fees, and climb the 128 stairs for views of the Tsugaru Strait and the Pacific Ocean. The water is a mix of deep blue and light blue as two seas meet.

Horses called Kandachime graze on the pastures around Shiriyazaki. Kandachime were used as agricultural work horses due to their strength and ability to endure cold and tough diets, but they have slowly disappeared with the changing times. However, thanks to measures to protect them, their numbers have since recovered with about 30 horses currently alive. As April to June is the season when Kandachime give birth, you might be lucky enough to see a newborn foal. The horses spend their days in a pasture called Ataka when the area around Shiriyazaki is closed from January to March. 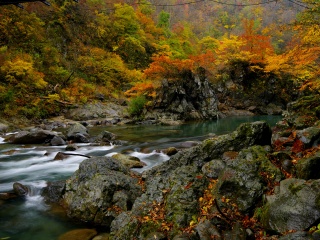