A museum that is rare in the world! A museum of photograph under the theme of one artist

The Ken Domon Museum of Photography collects and displays approximately 70,000 works by the world-renowned photographer Ken Domon from Sakata.

Ken Domon's most important work is Koji Junrei (Old Temple Pilgrimage). He visited more than 100 temples around the country on this trip taking 40 years. He did not quit this trip even when he fell ill and had to get around in a wheelchair during the journey. The photographs of the Buddha statues he took on this trip approach your soul as though the Buddha statues are sitting in front of you. In recent years, Buddha statue enthusiasts have also been visiting this museum as well as photographers. In addition to this, the museum features countless masterpieces. Examples include Chikuho no Kodomotachi (Children of Chikuho) which captures the children of a closed mining town and Hiroshima which captures the daily lives of atomic bomb victims when Domon visited Hiroshima 12 years after the bomb was dropped. You can fully appreciate the world view of Ken Domon, who is also called a relentless photographer, here.

The museum is located in Iimoriyama Park. It is a space full of nature where you can have a view of Mt. Chokai. In the early summer, 10,000 hydrangea in 120 varieties bloom in full in the park. It is said that this is the best in Japan for the number of varieties. The hydrangeas are lit up from late June to early July. The building harmonized with the nature is the result of hard work by the artists who had a close friendship with Ken Domon. It was designed by Yoshio Taniguchi - a world-famous architect who was involved with the renovation of the Museum of Modern Art, New York. You will find sculptures by the sculptor Isamu Noguchi and benches in the courtyard. In addition, the entire museum are enveloped in artworks (e.g., the garden, nameplates and inscribed stones) . The artistic value of this is highly rated. It has won two stars in the Michelin Green Guide Japan. 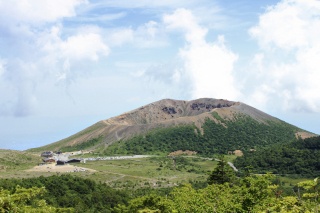 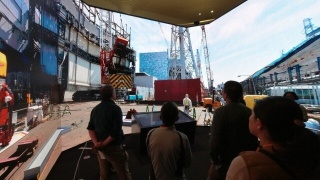 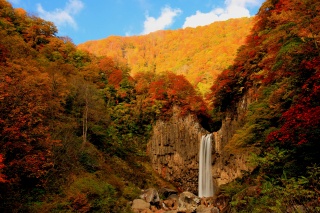