Enjoy the stunning view of the rough Sea of Japan from the “Land’s End of Tohoku”! 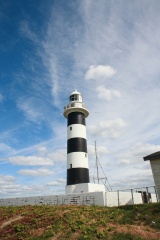 Nyudozaki is a scenic cape located at the northern tip of the Oga Peninsula offering a panoramic view of the Sea of Japan. The highlight is the view of the blazing sun setting over the sea as the sky and sea seamlessly merge on the horizon in shades of orange. This view from the cape has been selected as one of Japan’s 100 most beautiful sunset views.

Formed by erosion from the raging waves of the Sea of Japan, rough marine terraces rise 30 metres above the coastal edges. These terraces lie in stark contrast with the tranquil green fields of the cape’s parklands.

The eye-catching black and white striped Nyudozaki Ligthtouse is a well-known symbol of the cape and is regarded as one of Japan’s 50 best lighthouses. The panoramic view from here stretches north as far as Mizushima Island.

Nyudozaki is situated at a latitude of exactly 40 degrees north. This line is marked by a unique series of monuments made of andesite volcanic rock from the Oga Peninusula.

Glass-bottom boat cruises are available exploring this section of the Sea of Japan with views back to the peninsula. There are souvenir shops and restaurants offering “Ishiyaki Cuisine”, a local specialty of fresh seafood and in-season vegetables cooked in a wooden hot pot with dashi soup. The dish has a unique cooking method in which piping hot pebble stones are placed directly into the hot pot. This technique was originated by local fishermen and the unique cooking performance adds to the enjoyment of this traditional dish! 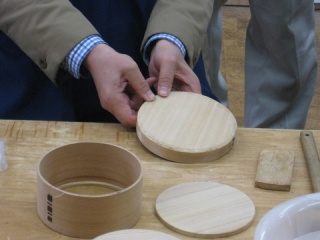 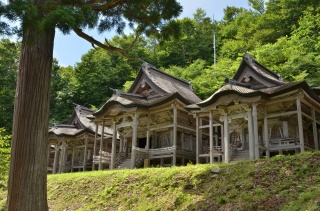 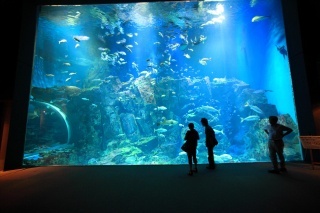