A prefectural nature park where you can experience nature, history, and the outdoors 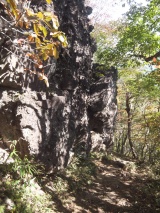 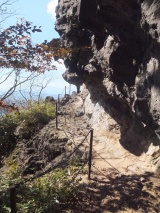 Located in the Abukuma Highlands in the northeastern part of Fukushima Prefecture, this is a prefectural nature park centered on the 825-meter-high Mount Ryozen, which is between the cities of Date and Soma.

The renowned Mt. Ryozen, which is designated as a national historic site and a place of scenic beauty, was formed from volcanic activity about 35 million years ago.Whereas basaltic agglomerate rocks are easily eroded, volcanic rocks are less easily eroded, resulting in the formation of strange shapes formed over millenia.

In late May, when the fresh greenery and azaleas bloom, and from mid October to early November, when the leaves change color, along with the uniquely shaped rock surfaces, the scenery is overwhelmingly beautiful.

Jikaku Daishi Ennin founded Ryozenji Temple in the early-Heian period. Three thousand six hundred halls, pagodas and monks' quarters were built in its greatest period on the steep terrain, the temple having played a central role in mountain Buddhism in Oshu. In 1337, during the Nanbokucho period, Akiie Kitabatake built the Ryozen Castle and established the Mutsu provincial government in the honor of Prince Noriyoshi (later Emperor Go-Murakami), the castle functioning as an important stronghold for the Southern Dynasty in the Ou region until it fell in 1347. At the top of the mountain are remains of what is believed to be the ruins of Kokushi. 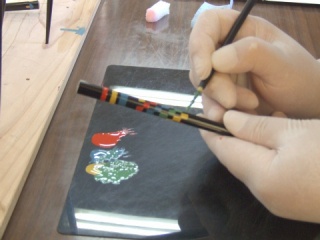 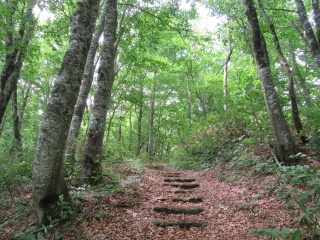 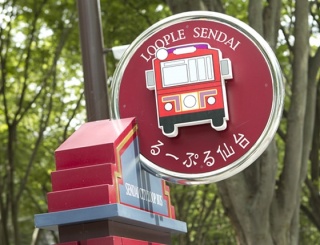 "Bar hop and try the original cocktails of Nihonmatsu! 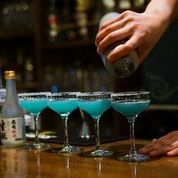