With sights resembling that of a splendid large picture scroll, the Hidaka Hibuse Festival is held in Oshu City in spring on 29 April as well as the night before on the 28th. With over 300 years of history, this festival held to pray for safety from fire hazards is carried out annually along with the annual festival of the Hidaka-jinja Shrine.

The Hayashi Yatai floats that are decorated by each neighbourhood cruise through the streets in time with the nostalgic music accompaniment. The peak of the festival is absolutely the Soroi-uchi (musical performance with everyone) on the night of 29 April. Amidst the light from paper lanterns, the festival’s climax occurs when the neighbourhoods’ floats compete with one another with splendid music. The nostalgic, noble songs of the Yatai Hayashi and Uchi Hayashi used in the festival are designated as an Iwate Prefecture Intangible Folk Cultural Property.

The two days of the festival, which herald the coming of spring in Michinoku (Tohoku), see streets bustling with many tourists. 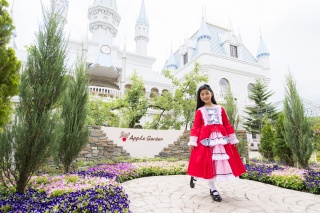