A candidate for World Heritage inscription, Sado's silver and gold mines brim with 400 years of history 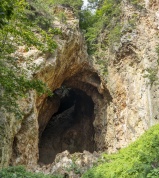 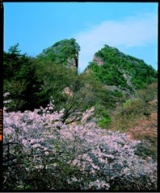 Sado gold mine was Japan’s largest silver and gold mine in early modern times. The mine is said to have been opened in 1601 and faced various ups and downs over the course of its nearly 400-year history, before finally closing in 1989. The excavated tunnels spread out through the mountainside like an ants’ nest and in total there are approximately 400km of tunnels! The site covers a vast area and almost all of the old facilities, including the tunnel remains, excavating equipment and smelting facilities are all either classed as nationally important cultural properties, historic sites, or modern industrial heritage.

On the “Meiji Government-Controlled Mine Doyu Tunnel Course” you can find out about the modernisation of mining by looking at the mineshaft that has been left in its original state, as well as the machinery and mine carts. The symbol of the mine is the “Doyu no Warito” (Doyo’s Divided Gate) and one of the attractions of the Doyu Tunnel Course is that you can see this manmade cleft in the mountain at close range.

On the “Guided Industrial Heritage Tour” you can see such industrial heritage as the Kitazawa flotation plant and the Odate vertical shaft on a tour that shows you the remaining vestiges of the mining town from its heyday. (Groups of 10 or more, reservations required).