Travel back to Japan’s civil war period at this park with beautiful moats in the hometown of the Uesugi clan!

Matsugasaki Park is located on the grounds of the former Yonezawa Castle. The water-filled moats today lend a peaceful charm to the park in contrast with the castle’s turbulent history during the civil war period of many years ago. The park attracts history lovers thanks to its numerous sites related to the powerful Uesugi clan members. These included Kenshin Uesugi, one of the most powerful warriors during the civil war period of the 15th and 16th centuries, and Yozan Uesugi known for his saying “where there is a will, there is a way.” Historic attractions include the Uesugi Jinja Shrine, which today is believed to bring good luck and make wishes come true, and the treasure hall Keishoden exhibiting a number of Important Cultural Properties including relics of the Uesugi clan. There is also a stone monument indicating the birthplace of Masamune Date, the famous feudal lord known as Dokuganryu (One-Eyed Dragon).

The park is popular in spring when visitors come to view the 200 cherry blossom trees in bloom along the moats in mid to late April. Their pink flowers are particularly photogenic when reflecting on the water of the moats and make a beautiful contrast with the traditional red bridges crossing over the moats. Visitors can also enjoy magnificent autumn views when leaves of these cherry blossom trees change colours from late October to early November.

Nearby attractions include Matsugasaki Shrine enshrining Yozan Uesugi and Uesugi Joshien offering a wide range of local delicacies and crafts. Be sure to include these attractions during your visit to the park! 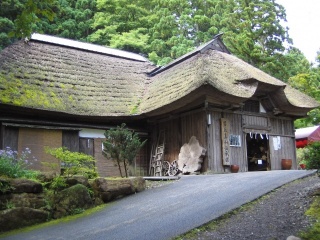 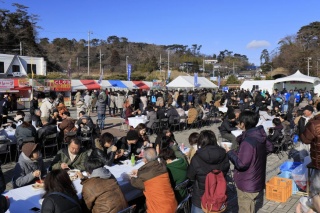