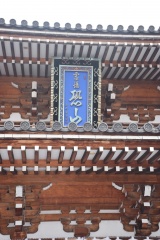 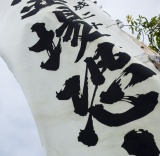 Mt. Osore is Japan’s foremost sacred ground, located at the center of the Shimokita Peninsula on the southern tip of Honshu Island. Alongside with Mt. Hiei and Mt. Kouya, it is ranked as one of the top three sacred mountains of Japan. The rattling sounds of the windmill and the smell of sulfur hanging above the wild craggy areas create a picture of hell, while the white sandy beaches surrounding the lake appear to be paradise.

Mt. Osore holds two grand festivals a year, in summer and autumn. Worshippers flock here from all parts of Japan to listen to the itako (female medium) no kuchiyose, a ritual that summons the spirits of the dead so that the living may converse and communicate with them as they did in life.

At the grand festivals, in addition to a Buddhist memorial service and prayers that are usually held three times at 6:30, 11:00, and 14:00 only, a feeding rite for “hungry ghosts,” and prayers of the Daihannya sutra are also conducted. The highlight of the festival is the Sanshu-jozan-shiki, a rite held from 10:00 on 22 July. During this event, Buddhist monks and the head priest are carried around in a parade that stretches from Taikobashi bridge to the gate of the Bodaiji Temple. The head priest alights at the temple gates, and walks along the approach to Jizo-do, the main hall of the temple. 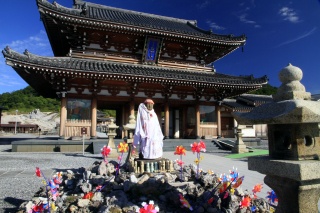 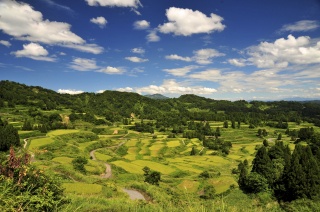 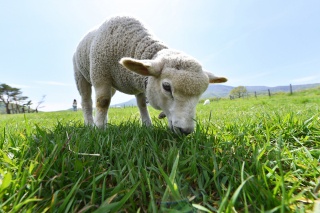 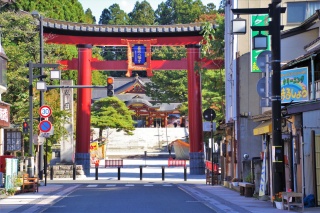