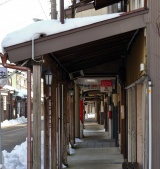 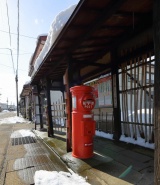 A “gangi” refers to a traditional veranda or arcade-like construction in front of a house. Gangi streets were built based on the wisdom of the people who live in this snowy region of Japan and arcades that stretched out over the footpaths in front of the townhouses were designed to keep them free from snow during the winter. Although these traditional gangi arcades are now few in number, they used to be seen in cities all along the Sea of Japan coast. The Takada district has a gangi that today stretches in total for 16km, making it the longest one of its kind in Japan.

In the Takada district there many traditional machiya houses, which have narrow frontages, but stretch back a long way from the street. In the vicinity of Honmachi 6-chome, where Gangi Street is located, there are some old machiya that still retain traditional characteristics, such as the former Imai Dyeing Shop and the former Kanazu Kentaro Cooper Shop, as well as the Takada Komachi Machiya Exchange Hall, which serves as a central hub for walks around the town. Why not enjoy a walk along Gangi Street, with its atmosphere of an old castle town? 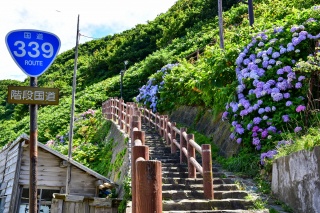 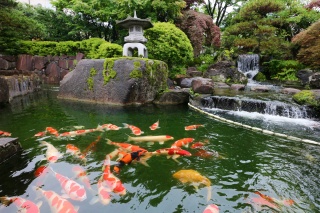 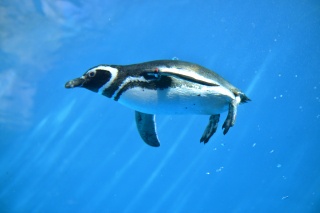 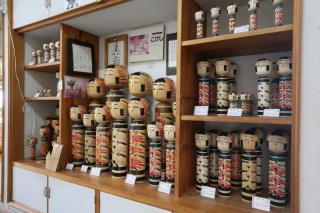