A magnificent merchants house on a grand scale!

The Watanabe Residence is the former house of one of Niigata’s wealthy merchants and farmers, who started out in sake brewing and shipping and made their fortunes in lending money to feudal lords and rice paddy development. The main house was rebuilt at the end of the Edo period in 1817 and is designated as an important national cultural property. In their heyday the Watanabe family presided over approximately 700 hectares of rice paddies, from which approximately 9,000 straw bales of rice was collected.

The roof of the main house is built using thin cedar tiles known as koba, which are laid over each other and kept in place by large rounded stones, in a style that is unique to the Sea of Japan side of Japan. This unique roof on the Watanabe residence uses an amazing 15,000 stones and 230,000 koba tiles, making it one of the largest of its kind in Japan.

The garden, which is a strolling garden based around a large pond is also a nationally designated scenic spot. If you sit with your back to the alcove in the main reception room of the house and look out over the garden you can enjoy all four seasons, almost as if the garden were a depiction on a painted screen, with white plum blossoms in spring, irises in summer, golden leaves in autumn and snow lanterns in the winter. 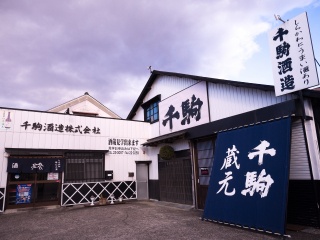 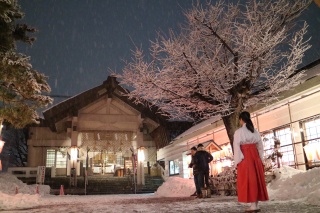 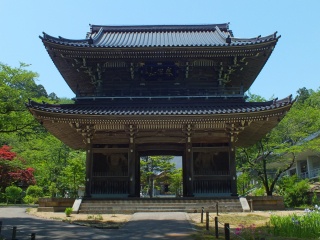