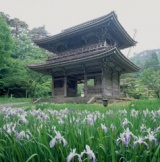 This is the temple where Sengoku period warlord Kenshin Uesugi spent his childhood years and received his education.

Winning his first battle at the age of 15, Kenshin Uesugi was said to be the strongest warlord of the Sengoku period. He was also a man of faith and was praised as the reincarnation of Bishamonten, one of the four heavenly kings of Buddhism. It is said that the devout and well-trained and educated Kenshin spent his formative years from seven to fourteen here at Rinsenji Temple, under the strict tutelage of the temple priests.

This is also the location of Kenshin’s grave. Although there are a number of sites that are reputed to be his grave, at Rinsenji memorial services are held based on the belief that his remains are interred here. In the treasure hall of the temple there is also much to see, including examples of Kenshin’s calligraphy and contemporary portraits drawn from life.

This is an area with many historical sites, including the remains of Kasugayama Castle and Kasugayama Shrine. Why not come on a pilgrimage to the sites related to Lord Kenshin Uesugi?

Opening Times
9:00-17:00 (During winter 9:00-16:00)
* May be closed due to bad weather.
Directions
15 minutes by car from Joetsu Interchange on the Hokuriku Expressway
20 minutes on foot from Kasugayama Station on the Echigo-Tokimeki Line
Car Park
Car spaces 30
Large bus spaces 10
Word-of-mouth
Reviews (TripAdvisor)

The Japanease Memorial Museum of Skiing 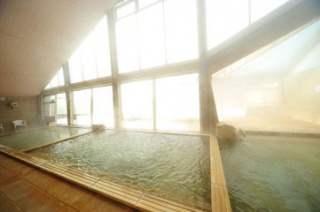