A folk entertainment festival, with the masterpiece Oni-Kenbai (Devil’s Sword Dance) danced in front of bonfires

Kitakami City in Iwate Prefecture has many folk entertainment groups and abounds with activities passed down through the ages. The Kitakami Michinoku Geino Festival that is held from the third Friday of August for three days features displays of over 100 forms of folk entertainment in the city streets.

The main event is the Oni-Kenbai (Devil’s Sword Dance), in which dancers wearing horrific demon (avatars of Buddha) masks dance majestically. This form of folk entertainment is said to have been passed down from 1,300 years ago in the Kitakami region. On the second day of the festival, the Oni-Kenbai Taigun-bu is held in the festival square in front of Kitakami Station. The sight of 200 dancers dancing together in front of the bonfires increases the intense impressiveness, and is the highlight of the festival.

Augmenting the finale is the Hanabi Taikai and Torokko Nagashi at the riverside of Kitakami River. The relation between Torokko and Toro (lantern) is that initially the latter was spoken with accent and became Torokko. Visitors will find the contrast between the 10,000 toro lanterns floating on the surface of the river and the fireworks up in the sky so impressive and beautiful. The fireworks display is characterised by a coordinated program of fireworks, music, and narration. There is no question that the scenery of the artistic “fully-synchronised creative fireworks” as well as the many lanterns floating on the Kitakami River will move all who see it. 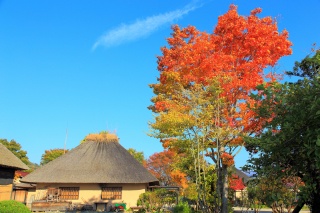 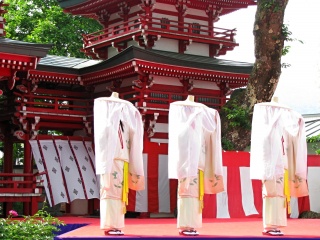 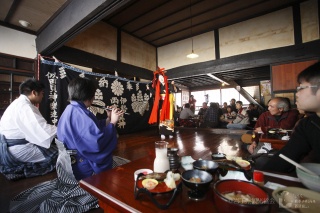 Tomeyama Trekking and Onsen Experience with a View of the … 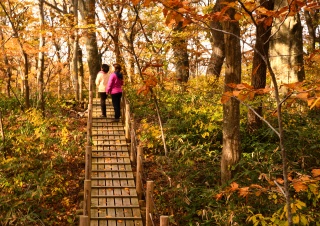