Travel back in time to the Edo period in the “Little Kyoto of Tohoku”!

Kakunodate is a former castle town which flourished during the Edo period. Known as the “Little Kyoto of Tohoku”, the town is home to a district two-kilometres in radius consisting of samurai residences and traditional architecture popular with both domestic and international tourists. The samurai residences lining the town’s most famous street are nationally protected Traditional Buildings.
Though some of them are still functioning homes, the residences are open to the public so visitors can get a feel for the traditional samurai life. Tourists can travel back in time to the Edo period by strolling around the traditional streets in an antique Kimono from one of the rental stores in town! A rickshaw ride from the Kakunodate Denshokan Museum will enhance the experience.
The town is charming throughout the year with springtime cherry blossoms, verdant summer greens, colourful autumn leaves and snowy winter scenes. Springtime is particularly popular with people coming for cherry blossom viewing from late April to early May. The traditional district features a row of weeping cherry blossom trees whose pink flowers bloom in beautiful contrast with the black walls of samurai residences, 162 of the 400 weeping cherry trees are designated natural treasures.
The samurai district is a 15 to 20-minute walk from JR Kakunodate station. Be sure to pick up the handy map and brochures available at the tourist information centre, located in a building resembling a traditional storehouse in front of the station!
A thematic journey in the Tohoku region:Castles・SamuraiA thematic journey in the Tohoku region:Flowers
Show Details

These seven hidden hot springs nestled in the mountains are a must visit!

Nyuto Onsenkyo is a hot spring town famous throughout Japan for its hidden hot springs. The area consists of seven hot spring resorts, each with its own unique hot spring source. Since there is a wide variety of spring qualities and inns, it is recommended to enjoy each one by visiting the various hot spring baths.
For 600 yen, you can purchase a Yumeguri Map for unlimited rides on the Yumeguri-go bus that circles around Nyuto Onsenkyo for one day, making it a convenient way to get around. Guests can purchase a Yumeguri-cho booklet for 1,800 yen, which includes bathing fees for the seven hot springs. Both are available at the front desk of each inn.
Show Details

Listen to real experiences from the Matagi, active mountain samurai!

Matagi refers to the people living deep in the mountains, hunting bears and other animals since ancient times. In particular, the Ani region of Akita Prefecture is known as the home of the Matagi.
At the Matagi school, you can listen to the story of the Matagi and walk in the mountains with real Matagi. The Matagi story is one of the school's courses.
The story of the Matagi is about their life of hunting, their tools and customs, and the ecology of bears. It is a rare chance to hear the real experiences from the Matagi, who can be described as ""mountain samurai"" co-existing with nature in the harsh mountain environment. They will guide you through the Matagi museum attached to the school. The talks are about one hour long, but it may run a little longer if the story becomes lively. The Matagi love to talk, so don't be afraid to ask questions or talk to them.
Show Details

Mount Haguro, Mount Gassan and Mount Yudono, known as the Three Mountains of Dewa, have been revered as sacred mountains for hundreds of years. Travelling to these three mountains is said to be a journey of reincarnation as believers pray for the present on Mount Haguro, for the past on Mount Gassan and for the future on Mount Yudono. A popular proverb goes “a western pilgrimage to Ise Shrine and an eastern pilgrimage to the Three Mountains of Dewa”, and these mountains are a well-known destination for a once in a lifetime visit. The 1.7-kilometre walking route of Mount Haguro takes one hour from Zuishinmon Gate to Sanjingosaiden Shrine.
The row of cedar trees along the route from Zuishinmon Gate to the top of the mountain has been awarded three stars in the Michelin Green Guide. After crossing the vermillion Shinkyo Bridge a five-storey pagoda rises within the row of massive cedar trees, some of which are a thousand years old and known as “Jijisugi”. This is a popular location for photos as it combines two officially recognised sites – the pagoda, a national treasure, and the massive cedar trees, an official natural monument. The illuminated view of the pagoda surrounded by the cedar trees at night is fantastic during summer.
The following 2,446 stone steps up the mountain are a challenge that is well-rewarded. Look out for the 33 carved pictures of the three slopes on the steps, spot them all and your wish will come true! At the end of the second slope, the Ninosaka Chaya teahouse is the perfect place for a refreshment with the famous Chikara-mochi (‘great strength’ rice cakes) while enjoying the splendid view of the Shonai plains. Continuing up the third slope to the red gateway, the goal is a visit to Sanjingosaiden Shrine enshrining gods of the three mountains of Dewa. The magnificent views from the top of the mountain, not to mention the sense of achievement, are well worth the effort!
A thematic journey in the Tohoku region:Nature・Spectacles
Show Details

Iwamuro Onsen is quiet retreat from Niigata City and a hot spring area with more than 300 years of history. As a base for visitors to nearby Yahiko Shrine it has been used since ancient times by many visitors. It is also the place of origin for the Echigo Geiko, female performers who would entertain guests in a Japanese tatami parlour room.Iwamuro has also been designated as a national hot spring health resort and the qualities of the spring water have been officially endorsed. The waters with their smell of sulphur and slightly cloudy white appearance further enhance the hot spring experience.Iwamuro is just five minutes by car to the Sea of Japan, and visitors can enjoy the finest seafood and local sake that Niigata has to offer.
Show Details

Venture out on the ocean on a tarai bune (tub boat)!

The tarai bune is one of Sado’s most famous sights. Originally used as washtubs, these boats are said to have been invented in 1868 and arrived at their current form through years and years of accumulated improvements. There’s no need to worry about the boats flipping over or drifting off. A female boatman will ride with you and skillfully maneuver the boat. You can also try paddling it yourself! If you manage to steer the boat successfully, you can receive a tarai bune navigator license (200 yen issuance fee).
Show Details

Feel the spirit of the old townspeople of this historic town

Ouchi-juku is a former post town established around the 17th century and also registered as an Important Preservation District for Groups of Historic Buildings by the Japanese government. The streets lined with thatch-roofed houses are reminiscent of the Edo period (1603-1867), and displays showing the details of life in those times down to the utensils and hearths help visitors imagine what life was like during its heyday.
Continue down the main street where you will reach the Ichi-no-Torii (first gate), of Takakura Shrine, the village's Shinto shrine. Passing through the torii gate, you will find yourself in a quiet walking area. Climb the steps up to the shrine to find a spot with a spectacular view overlooking Ouchi-juku.
There are many souvenir stores and delicious food to eat. Not to be missed is negi soba (leek buckwheat noodles), a local delicacy eaten using sticks of leek as chopsticks. It is not only delicious but also worth a picture! Other attractive foods include tochimochi, a rice cake made by combining horse chestnut and glutinous rice, and shingoro, which looks like a dumpling and is flavored with juunen (perilla) miso.
The area is also close to To no Hetsuri, a scenic gorge designated as a National Natural Monument, making Ouchi-juku a place worth visiting.
Show Details

Experience the Authentic Nature of Tohoku 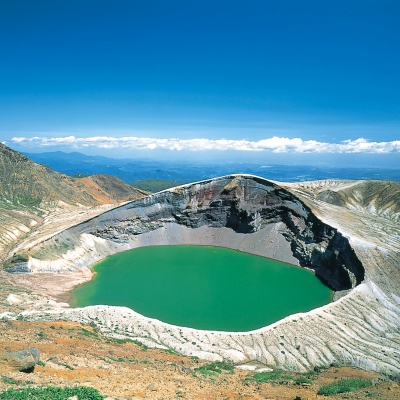 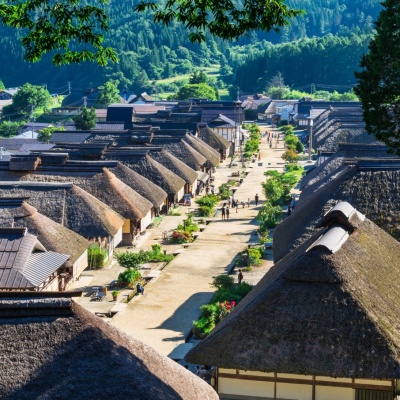 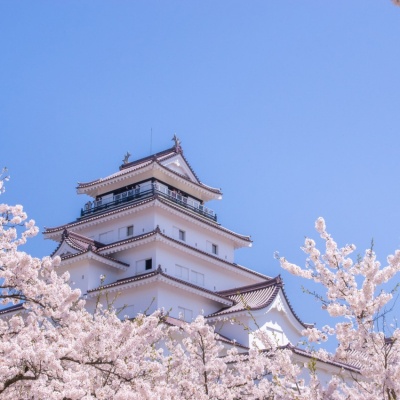 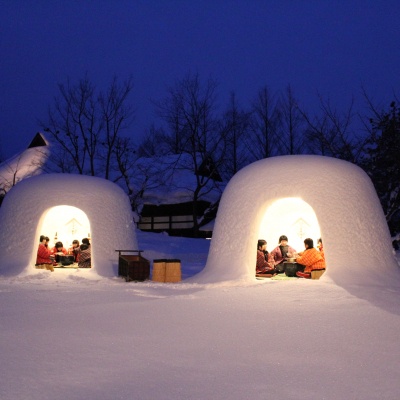 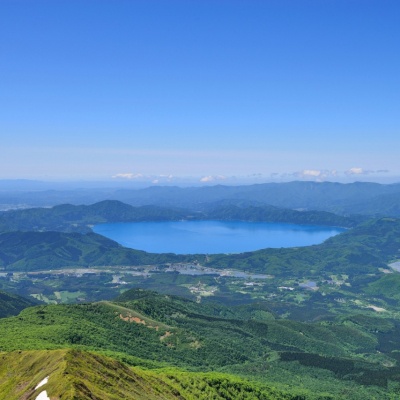 Historic tour and hot springs in Sendai and Yamagata (2 da… 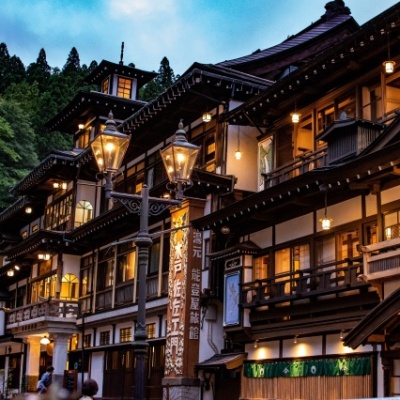 The best of Niigata, Yamagata and Akita along the sea of J… 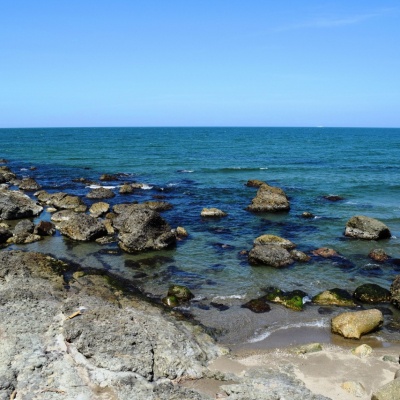