The well-preserved stone walls are a must see. Enjoy year-round seasonal beauty in this castle ruins park! 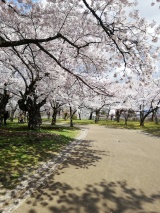 A 15-minute walk from Morioka station takes you to Morioka Castle, officially recognised as a national historic site and one of Japan’s top 100 castles.

When constructed in 1597 the castle was originally known as Kozukata Castle. It was the residence of the local feudal lords until 1874 when most of the buildings were demolished. Fortunately the stone walls remain in their original form and the castle grounds were preserved as a park in 1906.

Today the park is known as Morioka Castle Ruins Park and is a popular place for relaxation and recreation for locals. It is also recognised as one of Japan’s 100 best historical parks.

Many people come to the park during the springtime Sakura Festival. The view of cherry blossoms is enchanting when illuminated by paper lanterns at night. The park attracts visitors throughout the year with its seasonal beauty. Tsurugaike Pond is gracefully decorated with blooming wisteria trellises in May and hydrangeas in July. Scarlet maple leaves and vivid yellow gingko leaves are gorgeous in contrast with the castle’s stone walls in autumn. A large number of miniature snow huts create fascinating scenes when candlelit during Morioka Yukiakari Festival in winter.

The park is also home to monuments of some of the great names in literature including Takuboku Ishikawa, Kenji Miyazawa and Inazo Nitobe. Some of the works of each are inscribed on the monuments. 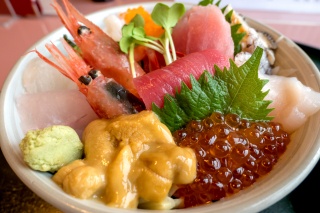